What Every Woman Needs To Know About Perimenopause 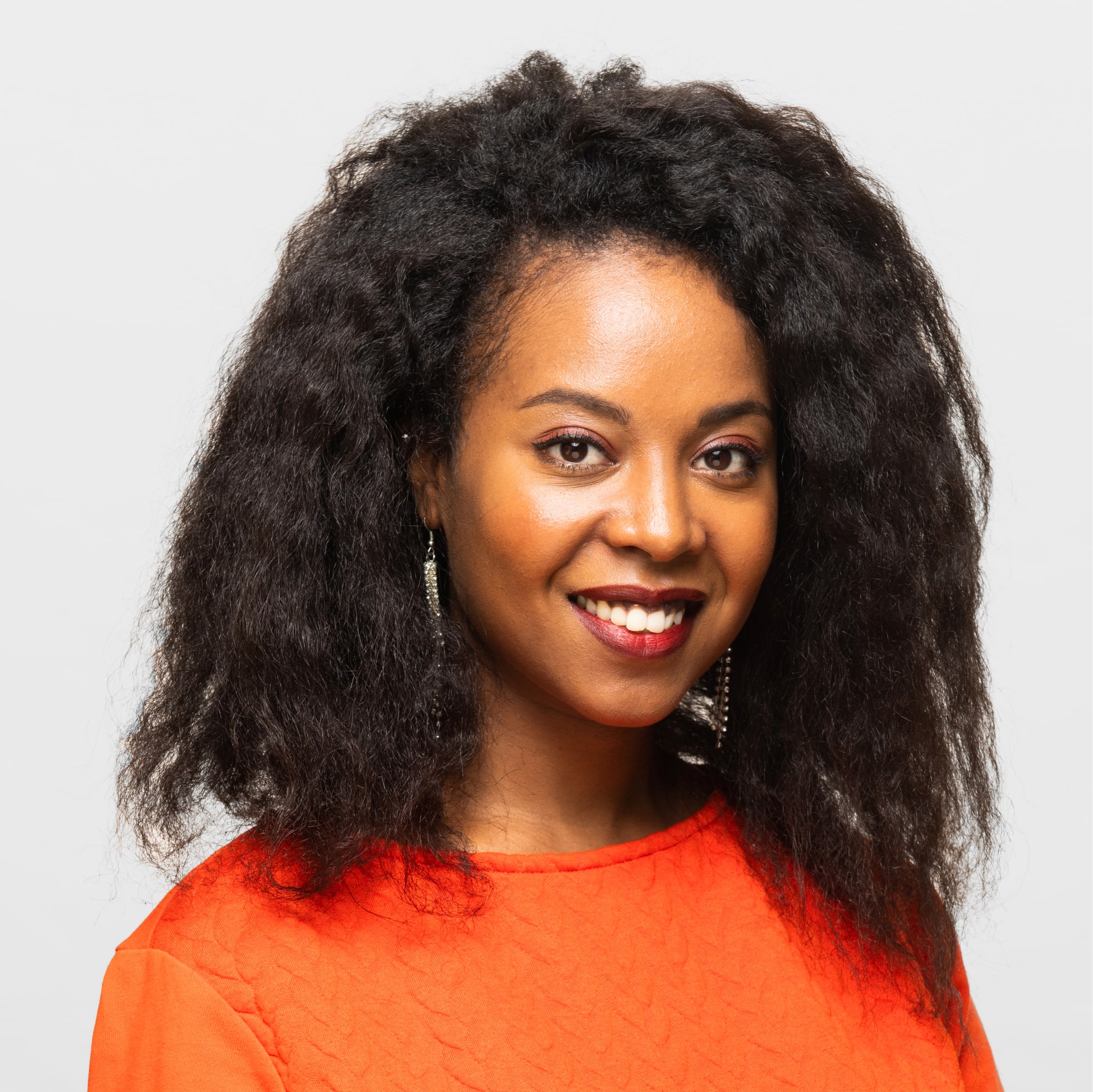 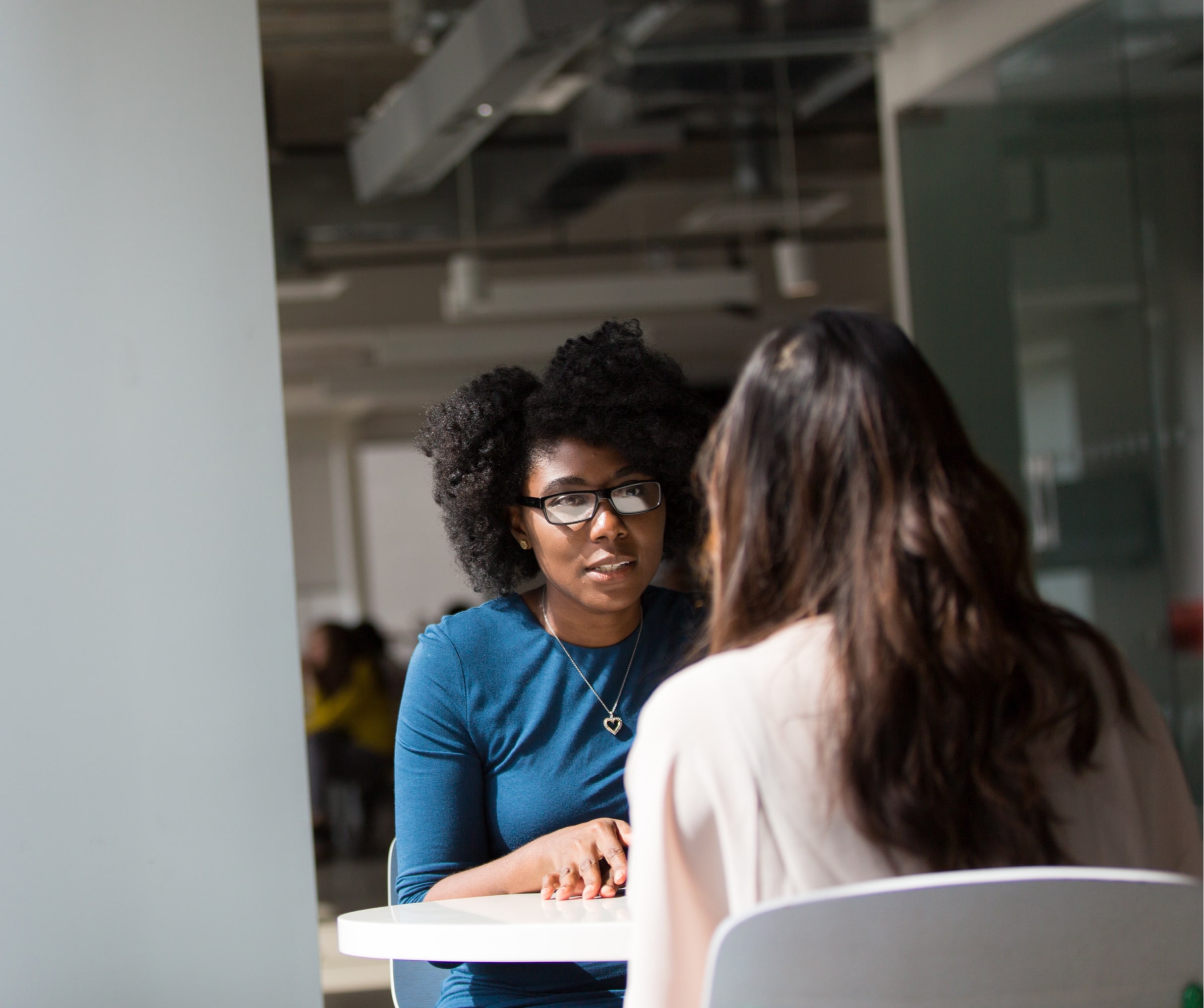 So, what is perimenopause?

Perimenopause is so deeply misunderstood—by women, society, everyone—that many of us have no idea we’re even in it when it happens. That needs to change, asap. Because the more you know about the physical transitions your body goes through, the less alone and powerless you feel—and the more likely you are to get support if you need it.

Let’s start with the basic definition: Perimenopause refers to the natural and normal period when your body adjusts to the end of your reproductive years. The name comes from “peri,”  a Greek word meaning “around,” which makes sense since it happens in the years before your period stops. It’s also sometimes called the menopausal transition, and we use both terms at Midi.

Menopause, on the other hand, isn’t a stage, but rather a moment: You reach it exactly 12 consecutive months after your last menstrual period. That point in time marks the definite end of your fertility. The average age of menopause is 51, but it may come years later, or earlier.

While menopause is the same for all women in at least a few respects (no more birth control needed, no more periods, tampons, cramps, wrecked underwear), perimenopause is as unique as your individual body. How it feels, when it starts, and how long it lasts varies enormously from one woman to the next. On average, perimenopause begins in your mid-40s, but it may kick off as early as your 30s or as late as your 50s. Once it starts, it usually lasts around 4 years, but for some perimenopause stretches out up to 10 years. For others, it only lasts a few months. And the variety of symptoms that come along with perimenopause gets a bit mind-boggling, mainly because of the body-wide influence of the hormone estrogen.

What happens to your hormones during perimenopause?

Your ovaries are the main producers of estrogen, which is your primary female sex hormone, influencing nearly every organ and system in your body. The ovaries churn out roughly the same amount of estrogen throughout your fertile years, but during perimenopause, as they gradually wind down their reproductive work, they produce less and less. Don’t picture a steady, predictable decline, though. Estrogen generally trends downward, but fluctuates dramatically along the way, rising and falling unevenly, sometimes dropping very low, other times spiking higher than normal. Eventually, in the later stages of perimenopause, estrogen production sinks so low that your ovaries no longer release eggs. At this point, your monthly periods wrap up, and your ovaries are officially in retirement.

Considering that your ovaries have been producing a steady supply of estrogen pretty much since adolescence, the body is in for a surprise when it begins to roller coaster. Menstrual cycles become unpredictable, and you may experience physical and emotional symptoms. Systems that relied on estrogen may struggle to adjust: For example,  research shows that estrogen plays a crucial role in preserving your bone strength and density, so its decrease may lead to bone loss and eventually, osteoporosis. There are several other conditions associated with estrogen depletion and it’s important to look out for them, and seek out the right treatment if necessary.

How will you know you're in perimenopause? Watch for symptoms.

You can think of perimenopause as your body going through estrogen withdrawal. For some, the experience may feel like a walk in the park, but for others, it’s intense, both physically and emotionally.

The first perimenopause sign is often an erratic menstrual cycle: For most women, studies find, cycles become more and more unpredictable. The stretch between periods can be longer one month, shorter the next, and flow can be heavier this time around, then suddenly lighter. Your period may go missing entirely for months on end, then come roaring back.

Meantime, about 75% of women also experience vasomotor symptoms—hot flashes, night sweats and palpitations—during the menopause transition. Other common symptoms include mood swings, difficulty sleeping, and memory problems. Physical changes like body odor, digestive problems, heart palpitations, and dental issues may seem unrelated to hormones, but, yes, these and other surprise symptoms can also be part of the menopausal package for some women.

What do perimenopause and puberty have in common?

Many experts talk about perimenopause as puberty in reverse, because these two body stages share plenty of common ground. Looking at the graph below, you can see how the estrogen roller coaster during puberty and perimenopause mirror each other, chaotically climbing and falling, respectively.

If you think back to how shifting hormones triggered behavioral and body changes during your teen years, it makes sense that perimenopause would do the same. Some common physical and emotional symptoms that might ring a bell from puberty: irritability, weight gain, acne, mood changes and a general malaise, aka the “blahs.” Research has explored the more serious parallels, emphasizing how hormone fluctuations during these two periods can lead to “development of depression and anxiety, metabolic and cardiovascular risks, and autoimmune conditions.”

Here’s the major difference: During puberty, the entire world recognizes what you’re going through, and biology class explains the physiology behind it. Parents give adolescent kids extra leeway, and teens give themselves grace. If their symptoms rage out of control, the medical establishment stands ready to help them. In perimenopause, though, most women are grinding through a high-pressure life stage, managing work and family demands, meeting sky-high expectations. People lean on you, rather than offering support. Even worse, doctors may tell you that they can’t do much to help—you’ll just have to tough it out.

How is perimenopause diagnosed?

To compound the perimenopause problem, many women struggle to pinpoint their symptoms, and have no idea they’re connected to hormonal change. For example, fatigue, a common menopausal symptom, can easily be associated with a busy life and total lack of me-time. It can be helped with treatment, but because they’re unsure what they’re experiencing, most women don’t seek any. In fact, according to a 2021 survey, 73 percent of women aged 40 to 65 were not currently treating their menopause symptoms.

The big question then is, how do you know when you become perimenopausal? Unfortunately, there is no test that can predict in advance when you will start the transition or even fully confirm that you’re in the midst of it. What your physician can do is consider your age, the age at which your mother or sister entered menopause, your health history, all the symptoms you might be experiencing, and order a blood test to measure hormone levels. Remember, though, that your hormones are going up and down a lot during this stage, so a single blood test can be misleading. However, running several tests at different times might provide a clearer picture.

How is perimenopause treated?

So perimenopause can be unpredictable, painful, and mysterious, but the most important thing to know is that it’s treatable. Below we cover the major effective solutions, but keep in mind that some of the symptoms you might experience could be associated with other serious conditions, and need to be discussed with a clinician trained in women’s midlife health. 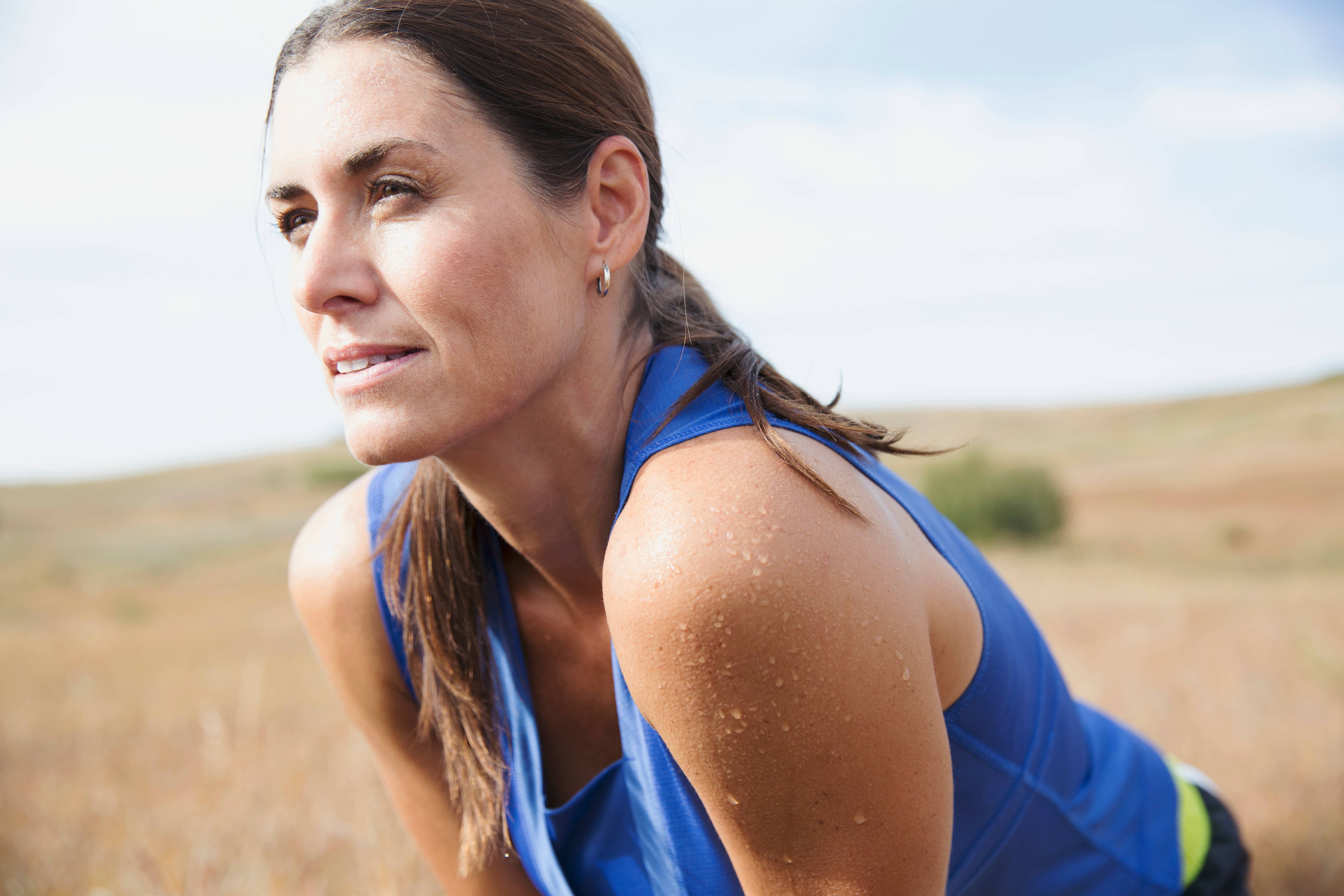 Why Do Women Gain Weight Around Menopause?
Read more 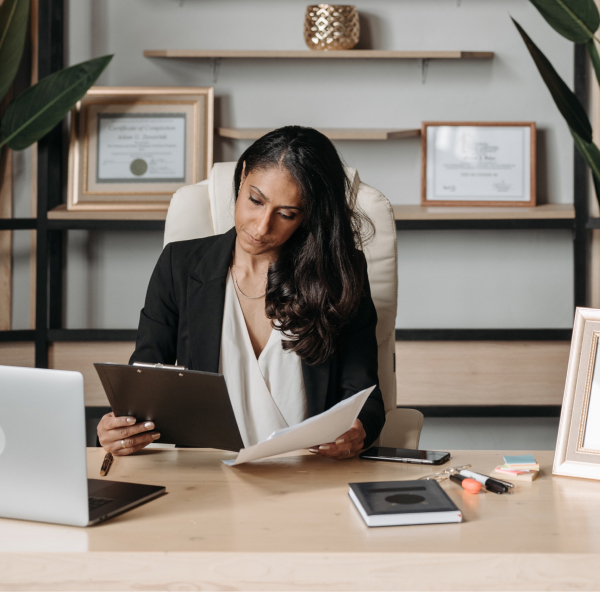 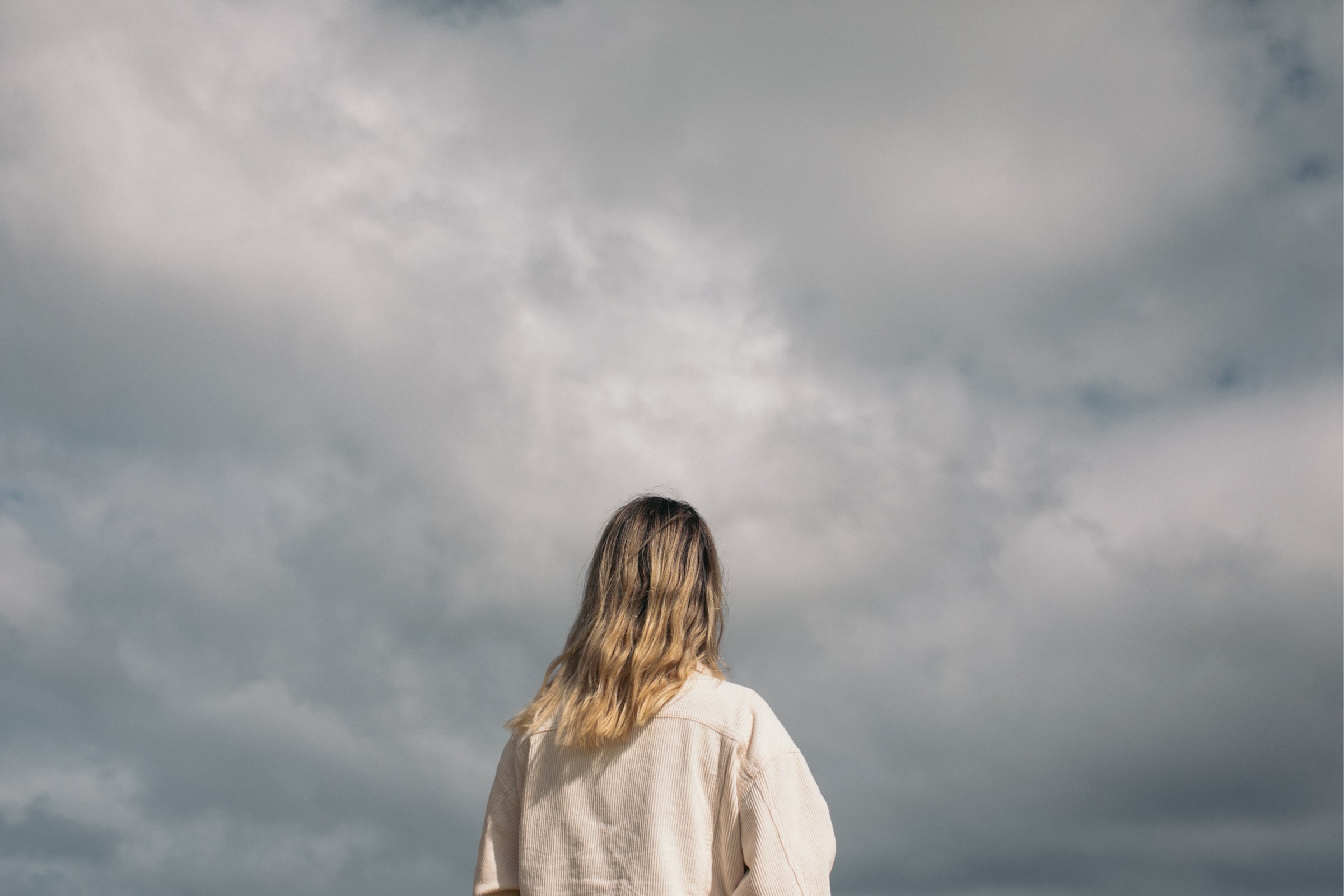